Home > THE RIB OF ADAM 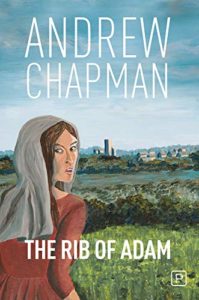 The plot of this book captured the surreal events that occurred during medieval times, specifically around the 13th century. It was during an era when the crusaders held sway, and life was short, nasty and brutish.  Left with her father, Arnaud and two brothers named Guillaume and Pierre, little Grazide found it difficult in coming to terms with her mother’s death. Worse still, she couldn’t understand why seemingly kind people like the Waldensians were treated like outcasts and neither did it make any sense to her why the crusaders would be hunting down and savagely massacring people they termed heretics.

As a grown lady, her independent nature would make Grazide to defy her father’s wish for her to get married to Targuier. Nonetheless, she took pride in her vocation as an artist as well as a blacksmith but the barbaric way certain issues were treated often appalled her.

The book also captured the strong influence the early church had over much of France and indeed Western Europe during the period.

The Rib of Adam is written in a simple way that made it refreshing and enjoyable to read. In addition, the book has a rich plot that is not just intriguing but also informative with lots of historical facts.

BIO: Andrew Chapman, one time doctor and author of three previous novels, Beyond the Silence (2010), Ikon (2012) and The Leaving (2015) lives in Worcestershire, UK. He brings to The Rib of Adam a style that characterised his previous books; compelling narrative flow and a deep insight into the times and the people whose stories are found within.
All four of Chapman’s titles are published by Pilrig Publishing.