Home > The Secrets of Stonebridge Castle 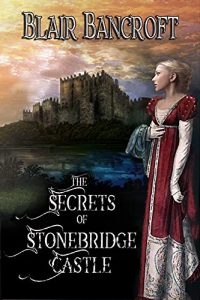 Aurelia Lacey was desperate to protect her only daughter from societal ills, thus living in the city was not an option for her but trying to settle in an ideal village became more of a problem than she ever thought it would be. During an era when people freely judged others, and everyone is expected to live according to certain principles, Aurelia eventually realized how difficult it was for her to cope as a young single mother. Worse still, she has a past many considered as immoral, but in all, she wouldn’t allow her spirit to be broken and neither would she allow her lovely daughter to experience indignities of any kind. Unfortunately for her, she couldn’t prevent her daughter from inheriting the ability to see ghosts that lived centuries before.

Characters in the book include Bart Pipkin, Will Larrabee, Hank Wardell, Reverend Thomas Boatwright, Jason Durand, Nell Lacey, and Darius Sommerlin among others.

The story was set in early 19th century Europe and was written in flowery English that nicely captured the sights and sounds of that time.

The Secrets of the Stonebridge Castle is a very captivating short story virtually everyone would love to read.

BIO: Blair Bancroft is the award-winning author of more than forty novels. Although best known for books set in the Regency period (Gothic, Historical & Traditional), she also writes Mystery, Suspense, and SciFi/Fantasy, with a Medieval Young Adult and a Steampunk thrown in for good measure. Her awards include a RITA nomination and winning the Golden Heart (Romance Writers of America), “Best Regency” from Romantic Times magazine, “Best Romance” and “Best Young Adult” from the Florida Writers Association. She is also the author of Making Magic With Words, a 200,000-word book of advice on Writing and Editing.

Blair considers being able to create people, even whole worlds, from the imagination a never-ending joy. She is an “out of the mist” author. One of her favorite sayings: “I can hardly wait to sit down to my computer each morning and find out what my characters are going to do today.”