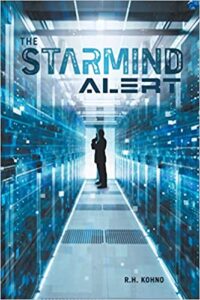 After his successful attempts at stopping the Russians with the help of Gilda, his psychic partner, detective Jim now a lieutenant was needed again but this time to eliminate Abdul Ahmad. Still smartening from the key role he played in preventing terror attacks on Franklin and its wider implications on the United States; Jim is no longer regarded as “insane” but now has a reputation that goes before him despite being a small city cop. The CIA and FBI having failed to accomplish the task, all hope is now on Lieutenant Jim Sato and Gilda to take out the Arab terrorist and restore sanity. However, it would also mean going through synesthesia, the dangerous but necessary process that would give him the powers of a psychic. The mission is no doubt the most dangerous they would embark upon and there is no guarantee they would come back alive.

The StarMind Alert is sequel to Eye of the Star, and like it, is a highly enjoyable thriller with a plot that encompassed contemporary geopolitics as well as the use of advanced technology and would keep the reader engrossed till the end.