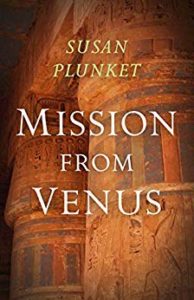 Lady Master Venus and her twin flame, Kumara, had watched with dismay as the earth was increasingly being manipulated by dark evil forces from Orion while working in cahoots with corrupt planetary leaders to infiltrate the earth’s governments and finances. The dark evil forces has successfully made use of black magic and technology to consolidate their hold on humanity, especially in the areas of food, money, sex, and drugs etc, thus Venus and Kumara knew it was time to intervene and get rid of the evil forces. Six previous attempts had all ended in disaster for them, but they were determined to triumph this time around, which prompted them to call for an alliance of other like-minded planetary bodies.

The humanoid aliens named Ederah and Bereh as well as Heipleido and Maepleida were to be part of the dangerous mission to save the earth. To worsen their predicament, they will all arrive earth in human forms but there was no guarantee that they would locate each other as lovers, and it worried Maepleida that Heipleido may not be able to locate her despite his assurances to do so.

The plot of the book is set in the planetary bodies within the galaxies while also incorporating events that took place during Bible times as well as contemporary activities happening across different regions of the world.

Plunket Mission from Venus is an interesting sci-fi that not only educates but would equally delight its readers.