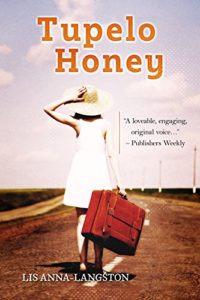 Something about nonfiction stories is that it can hit straight at our hearts and stir up our emotion.  However, it becomes more intriguing when we remember that such events as being narrated isn’t just some fantasy fabricated by the author but were some real life stories that happened to some people.

Tupelo Honey is one of such stories. It commenced on a grim note as the main character, whose name the book bears, told the story of her life—beginning from when he was born into a love-less family filled with weirdoes.

Granted that some names and certain descriptions were altered to protect the identity of the individuals whose lives the book covered, yet it was written in a down-to-earth way that is not only refreshing to read but also easily identifiable as it captures some of the things that happen in the home front.

Tupelo Honey is a small but interesting book that can make anyone’s day.