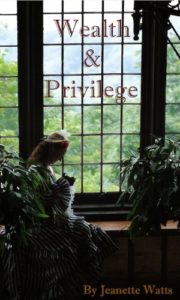 Thomas Baldwin was born with the proverbial silver spoon, and he had great looks as well, but while growing up, that seemed to be the only positive attributes about him—at least in the eyes of his mother who felt he wasn’t living up to expectation. Eugenia Baldwin couldn’t help comparing him to his late brother, Benjamin, who died in the war.

At 25 years of age, Thomas was about the most eligible bachelor in town, and this reality wasn’t lost on the ladies who mostly desired him. However, none of them attracted him except Regina Warring. Unfortunately for him, Regina was already married yet he couldn’t get his mind off her.

Getting married to Meredith was never his intention but he couldn’t help playing along due to family pressure. Regardless of the hurdles before him, Thomas wouldn’t let go of the woman his heart beats for.

Other major characters in the book are Henry Warring, Richard Baldwin, Edgar, and Charles among others.

Events in the book occurred in the 19th century America and the author did a good job of capturing the worldview and lifestyle that was obtainable during the era.