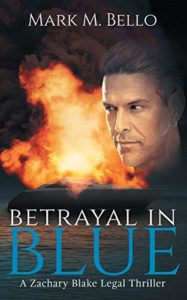 A modern day KKK type of white supremacist movement named The Free America Party had emerged, with its base in Kentucky. It was headed by Barton Breitner, an evil bigot and anti-Semite who led other equally evil-minded men in the likes of Jonathan Stone, Peterson, and the Straw Winners. The current agenda was how to perfectly execute a terror attack, specifically the release of Sarin Gas; a notoriously lethal chemical weapon at the local Dearborn police headquarters and also the Mosque of America as a way of avenging the arrest and imprisonment of Ben Blaine. However, on the other side of the divide, were the law enforcements agents led by Jack Dylan alongside others such as Shaheed Ali, Noah Thompson, Arya Khan, and Andy Toller while Ernest Cobb and Clare Gibson assisted through the FBI.

The desperate move by Barton Breitner and his gang of white supremacists to successfully carry out a terror attack and the frantic attempts by the anti-terrorism squad to foil it, would lead to a pulsating showdown between good and evil as embodied by the two opposing forces.

Betrayal in Blue is quite thrilling and captures the actions of federal agents and cops on one hand, as well as the sort of activities that goes on within terror groups.