Home > Bravo to the Waltz 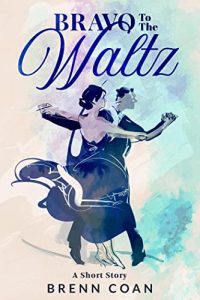 The formative years of anyone’s life is no doubt a sensitive period when love or a lack of it can have far-reaching implications. Unfortunately for the protagonist, she received neither love nor attention when it mattered most—her grandparents who were taking care of her, felt she was a liability that can only be tolerated. A father who felt helpless to contribute anything meaningful in her life and a mother she could only aptly describe passively as her “deliverer” were too preoccupied with their own lives and she was left feeling more or less like an orphan.

Bravo to the Waltz is a story that was told in retrospect about the unsavory experiences the narrator had while growing as a girl child into adulthood.

Characters in the book include Marc, Juliette, Pierre, Dmitri, Mr. Carbone, Erik, Dilan, and Lemuel among others.

Her travails was over when she got married to her prince charming and began a marital life that was enchanting and fairytale sort of until it was déjà vu once more…….

Bravo to the Waltz is a short but touching true life story that would bring tears to the eyes of the reader—a book that is definitely worth reading!

BIO: Nomad in spirit and like my character in the story, I prefer rainy days for superb lovemaking, wine drinking and savoring of decent food.

I work to live and live to explore new places and engage in new experiences.

I can be a walking contradiction; an introvert but when settled in my comfort zone I transform into an extrovert. A pessimist yet always hopeful because what else is there to be.

I am a living novel as are we all.