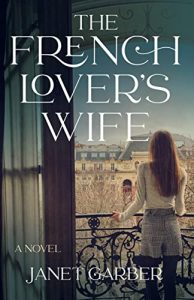 When Lucie fell in love with the man of her dreams, at a time she least expected, she could only pray for it to last. Having moved with him from Rochester to Mexico, how was life going to be moving with him once again to Paris, especially now Pierre has been called up for military service?

Another apt name for this book could have been the adventures of Lucie, as it captured all her thrilling activities. However, with debt to offset and bills to pay, she soon realized that they may not be able to afford the sort of fun lifestyle she desired. Will their union survive the turbulence that was coming or has the fairytale run come to an abrupt end?

The dateline of the story was the 1970’s and the plot captured the socio-political activities of that period.

The French Lover’s Wife is a thrilling book to read, complete with adventure, love, disappointments and perseverance—a must read!