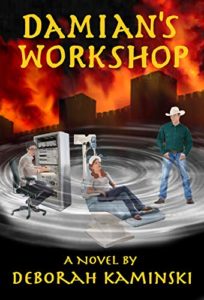 The curtain raised on Brooke, as she handled mouse 116 in their lab alongside Robert Chen. She couldn’t hold back her joy as she could feel she was on the brink of making a great invention, the Memory Excitation Device or Mermex for short. However, Prof Hunter’s feedback that the institution had rejected the planned preliminary tests came to her as a rude shock. Brooke was hoping to use the Mermex as not only an amazing cure that will help humanity to treat illnesses like amnesia, stroke, and Alzheimer’s disease but also to use data obtained from it in her thesis, failing which she would be thrown out of the university. Faced with little options, Brooke decided to turn herself into a lab rat of sorts and use the Mermex on herself, thereby braving the consequences as well as the risks.

In the process of working on the Mermex, Brooke alongside Chad and Robert were able to develop a time travel machine that enabled Brooke to go back way in time. The risks involved were enormous but Brooke was determined to succeed, aided with the support of her dependable mates.

Damian’s Workshop is a classic work of science fiction and could be easily adapted into a movie considering that it has all the trappings of a thriller.

BIO: Deborah Kaminski is Professor Emerita of Mechanical Engineering at Rensselaer Polytechnic Institute. She is the author of over 80 peer-reviewed articles in technical journals, an invited article in the New York Times, a featured article in Science, with associated podcast, and an engineering textbook published by John Wiley & Sons. Her research specialty is thermal and fluid processes, including solar energy, computational fluid dynamics, and artificial intelligence. Kaminski’s debut novel, Damian’s Workshop, is a tale of adventure and discovery where a graduate student is cast back in time to the Fourth Crusade. Kaminski lives with her family in Schenectady, NY.