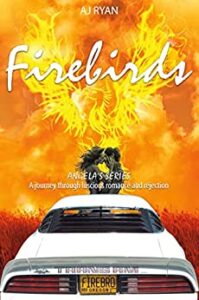 The story is about Angela and her three friends named Kelly, Leslie and Janet who were all about to graduate from junior school. The book captures most of the thrills and frills associated with teenage girls—a period when life is young, wild and free.

Going through this book feels like reading an enchanting nonfiction story expressed through the eyes of Angela. Considering that it was narrated in a down-to-earth way instead of the exaggerations that are associated with nonfiction.

Angela’s home of being admitted into an air force school to learn how to become a pilot was dashed when she failed a physical examination. Despite being devastated, she remained resolute to achieve her dream.

Most people will easily identify with events that occurred in the book—to the older people, it will be an avenue to reminisce with nostalgia on how they lived during their youth while young people on the other hand, will be able to learn some vital life lessons.