Home > The Abduction of Joshua Bloom 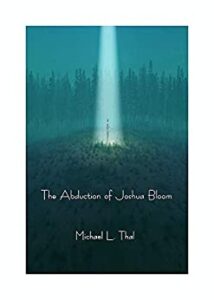 Joshua was jogging in the streets of Manhattan when he saw a warning sign and a cordon that alerted people about an escaped lion that was roaming freely. Waving it off as hoax, Joshua continued in his tracks but only to come face to face to with the dangerous animal. It was already too late to save himself, however, as the predator lounged at him, instead of being torn to shreds Joshua found himself teleported to a spaceship where he was surrounded by aliens.

Other characters include Moshe, Lela, Anita, Marina, Peda, and Dr Tinor among others.

Joshua’s abduction meant he couldn’t be with his twin brother and other family members, but it turned out to be an eye-opener of sorts as he embarked on an adventure that took him to two different worlds no one knew about. It was only part of an elaborate agenda to unify the earth and save it from a looming destruction.

BIO: Michael Thal, is the author of five published novels—The Koolura Series (3 books), The Abduction of Joshua Bloom (Solstice, 2014, MT Associates, 2020) and Goodbye Tchaikovsky (Royal Fireworks Press, 2012, 2020). Thal was an elementary and middle school teacher for 28 years until a rare virus left him deafened over-night. He reinvented himself becoming an award-winning author. His inspiring essay, “The Lip Reader,” won first place in the Inspirational category of the 73rd Annual Writer’s Digest Writing Competition.