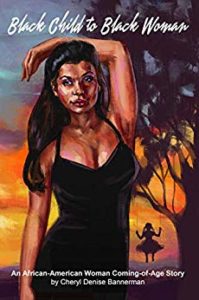 Black Child to Black Woman just like the name indicates is basically all about the experiences of a girl while growing up. The main character who narrates the story is Tara. As I read her story, I started having nostalgic feelings because some of her experiences were closely related to mine. Tara’s personal experiences, albeit with an innocent and somewhat naïve candor mirrors the imperfections associated with lots of families today. Fathers not getting along with mothers as ideally as they should, or the void they leave behind when they focus all their energy to work while unwittingly neglecting the children or at best not giving them all the attention they need.

Tara revealed all that transpired in her life as she transited from childhood to being a teenager. A period of volatility and exuberance, she almost got drowned when a White boy pushed her into the deep section of swimming pool. Her relationship with a much older boy against her mother’s admonitions to keep her virginity until her wedding night, and she was just fourteen.

After her ninth grade, it was time to leave the Christian school for a public one to continue in her tenth grade, and life took a turn from an environment of decency and decorum to one of loose morals and debasement. However, Tara was able to pull through and later got into college. Now if the public school wasn’t anything to write home about in terms of morals, college was on a whole different level altogether. Tara was shocked at the extent of debauchery that took place in college. It appeared like decency had no place there.

The death of her brother, one she was close to, opened another chapter in her life. Enrique was a drug addict who got infected with the deadly AIDS virus.

Getting a job after school proved a lot more difficult than Tara assumed it would be, and dateline was middle to late nineties.

As she came of age, Tara had to struggle with a marriage that went awry.

Black Child to Black Woman is a classic narration of what life for a Black girl was and probably still is. The challenges and all she has to surmount as she struggles to climb the ladder and be a success against all odds.

My fears that Tara wasn’t going to experience a happy ending didn’t come to pass eventually, and I was happy for her.

The book is indeed interesting and equally emotional—a must read!